Getting tired of seeing my Halloween photos?  It’s not even October yet and I’m getting a little tired of Halloween…maybe it’s because I threw a “Halloween” birthday party for Izabelle last weekend. I had Halloween coming out my ears!

I originally created these layouts to fill my shadow boxes.  These are photos from last Halloween (the year that Daddy took the kids Halloween Costume shopping).  Parker chose his scariest costume yet, the “Ghost Face” and my sweet little Izabelle decided to be a “Zombie”.  Yikes!  What happened to my little fairy princess?

When I set the following layouts on the table (preparing to put them in the shadow boxes), Izabelle informed me that last year’s costume was “too scary” to hang on the wall.  I argued that she picked it out, therefore she’ll have to look at it in a frame for awhile (at least until I can create another layout).  This year she’s going to be a werewolf, I don’t think that a werewolf is much tamer than a Zombie…

I used the Cosmo Cricket line to create the following simple layouts for Halloween 2007: 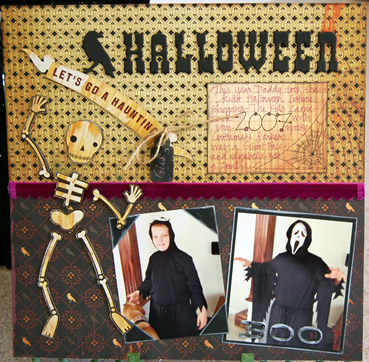 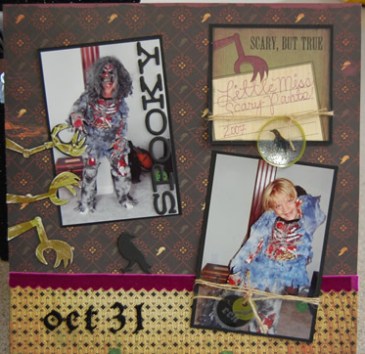 Here’s a closer look at some of the details: 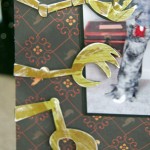 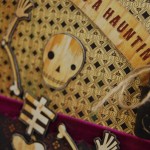 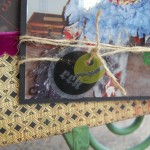