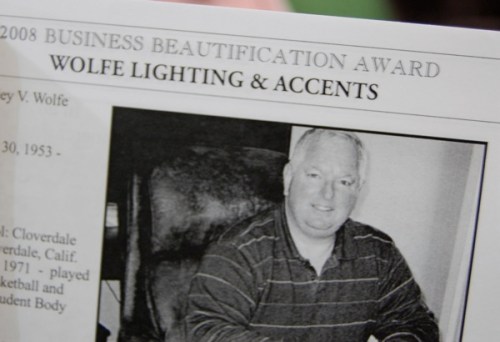 On Friday Night my Dad was given the Business Beautification Award at the Annual Chamber of Commerce Dinner, here in Rexburg.  It was so neat to witness him receive this award.  He transformed the only old run-down bar in town into a gorgeous Lighting Showroom.

The weather kept my Mom and I from making the journey to CHA in Orange County, so we were able to stay and see Dad get his award.  He tried not to make a big deal out of it, but the award was a big deal.  I am so glad we were able to be here with him and am so proud of him.

We decided to make the trek over to Provo, Utah to visit my Grandparents on Saturday morning.  My Mom and I woke up to this: 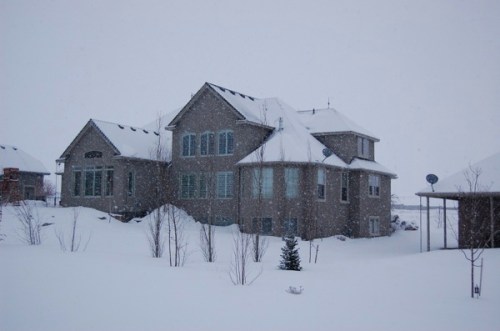 Mom and I almost decided not to go but I just had to see Grandma and Grandpa.  I used to visit them every week when they lived in California, since they’ve moved to Utah, I have not seen them since last Summer.   It’s been really hard not having them so close by.  I’ve missed both of them so much.  I simply could not miss the opportunity to visit them.

We set off in the middle of the storm: 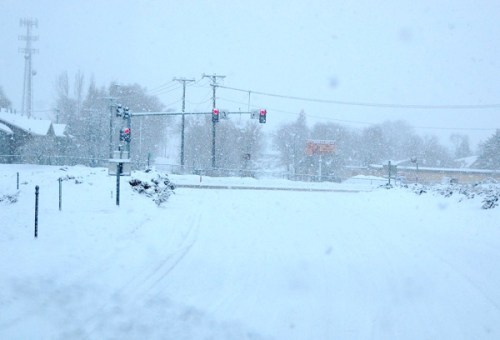 Yes, we heartily admitted to each other that we were crazy.  But we kept going.

The snow turned to rain and we made it to Utah safely.

When we arrived, Grandma and Grandpa whisked us off to visit my uncles and aunts that also live in the Provo area. 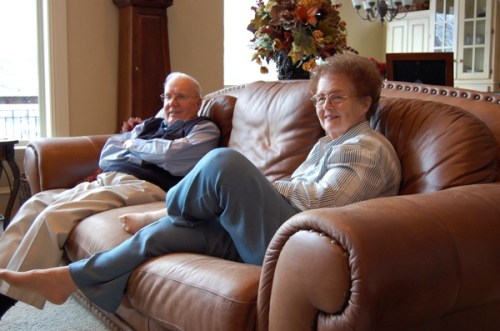 Grandpa and Grandma spoiled us, they took us out to dinner and to Thoroughly Modern Millie (a musical at BYU, Utah). 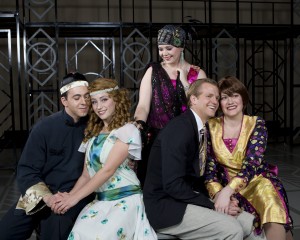 The show was fabulous!  The actors and actress were amazing!  Their voices, the dancing, the set!  Fantastic!

This morning we woke up to a snow storm in Utah so we had to hit the road much earlier than we were planning.  It was so hard for me to leave.  I just wanted to sit and chat with Grandma, and look at all of the photos that Grandpa has taken.  It was not enough time.

I think it’s safe to say that no matter how much time I had there, it wouldn’t have been enough time.

We made it back to Idaho safe and sound and soon I’ll be headed back to California.

I have more projects to share, here’s a sneak peek: 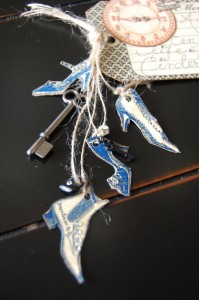