Playing along with CANDID CARRIE.

Well, the kids took it to the next level.  Izabelle started an I SPY project and Parker helped a bit.  Izabelle made her very own I SPY scene along with a riddle.  OK, I helped a bit with the riddle, it’s not as easy as it would seem to come up with one…

Can you find everything in Izabelle’s riddle?

In honor of Candid Carrie’s Fx4, I give you Izabelle’s Spooky Spy: 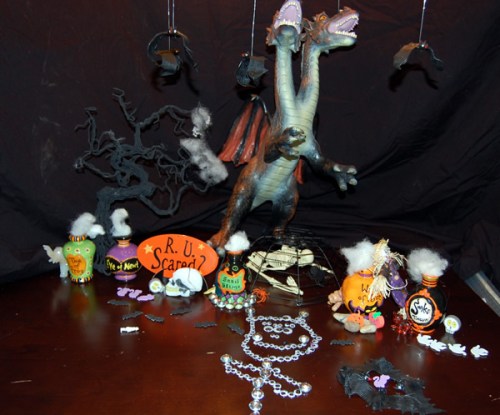 I spy four skulls, a trunk and red wings.

A white cat in danger and EYE OF NEWT.

Have a great weekend and don’t forget about my GIVEAWAY!  For details click HERE.