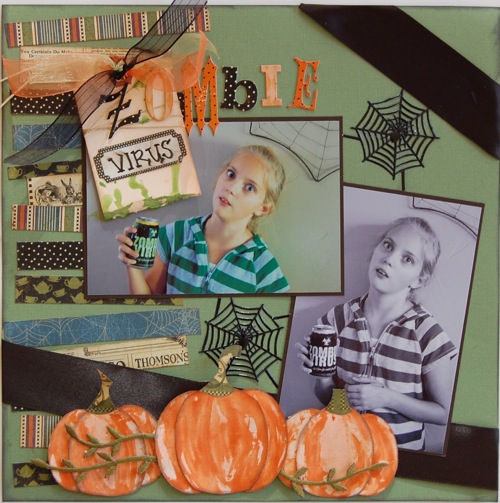 For those of you who know my daughter, Izabelle, you know that she’s a super-fun kid!

Belle had a blast with a “Zombie Virus” Halloween label.  She stuck it on a can of lemonade and then pretended to become a Zombie.

I took some photos put together this layout using Graphic 45 Hallowe’en in Wonderland and some Shimmerz paintz.  Dripping some Peas Be Mine Shimmerz Pearlz on the tag created a slime effect. 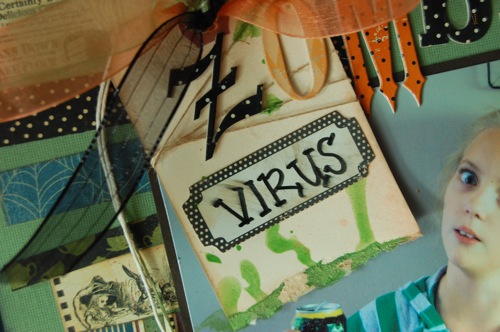 Remember this card?  I used the same idea for the pumpkins on this layout. 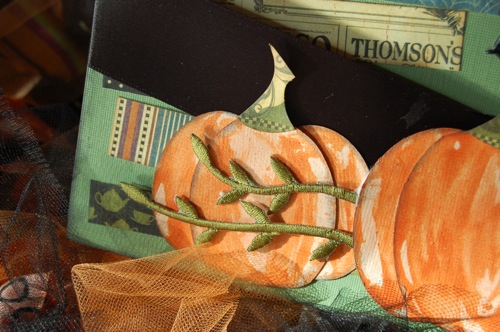 We’re getting close to Halloween now…only a couple of weeks!