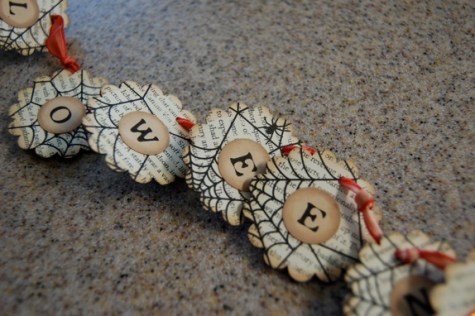 Wow. This week FLEW by!

I was a bit sick. OK…I was a lot sick. But I’m on the mend now and headed to a theme park with my hubby and kids this weekend.

A great way to recover, don’t you think?

I was going to be all crafty and wait to share photos of Izabelle’s Halloween Birthday Party until after I had lovingly scrapbooked the photos…that didn’t happen.

Life happened instead (life likes to mess with me a little sometimes).

Izabelle wanted to make cupcakes that looked like hamburgers for her party. She decided that her cupcakes would be a little more Halloween-like if she added a “tail” and turned them into rat burgers. 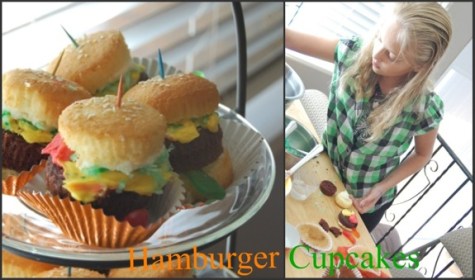 Needless to say, her friends thought the rat burgers were pretty darn awesome!

Izabelle and her friends made white chocolate ghosts, homemade slime and candy sushi during the party (thank goodness I had my mother and sister there to help).

I though the kids would want to take most of their treats home….boy was I wrong. 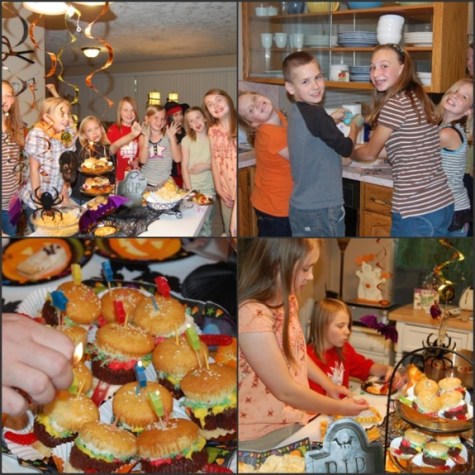 They were pretty hyped-up on sugar.

Some of the braver kids wanted their photos taken with the dead witch. 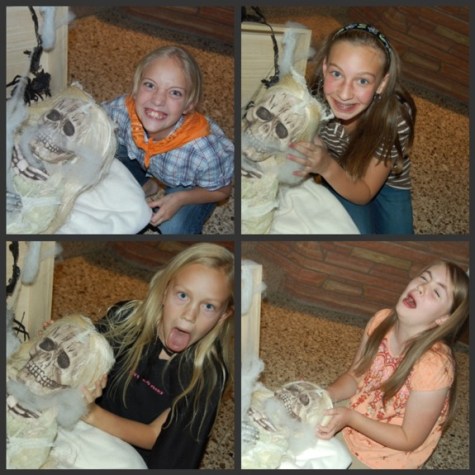 Izabelle’s party was so fun (and very exhausting for mom), I’m sure she is already planning next year’s party.

I’m looking forward to catching up on your happenings very soon.

I hope that you have a fabulous weekend!